Old trombone my verbiage into some Italian rock! 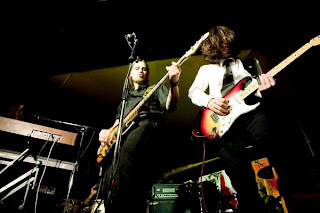 I learned from a blog this morning that one of my poems has been translated into Italian and set to rock music.
The translator and songwriter is a man named Andrea from the northern Italian band Van Cleef Continental. I met him years ago on a listserv devoted to The Replacements, thinking I was flirting with an Italian girl who was into American post-punk. It's a man's name in his country.

Andrea and I met once in the Milan airport, where I was connecting en route to Ghana, and we have kept up with one another's projects over the years. In fact, his attention to my work scoring long poems was what motivated him to request some of my poetry so he could score it.

He chose this poem - the first piece in my chapbook A heart I carved for a girl I knew.

The Van Cleef blog has Andrea's Italian translation, which I can't read. Though Google Toolbar gives me the option of translating his Italian with the flick of a switch. Doing so gives me this English version of my poem:

I love "the old fart expostulates" going into Italian, then coming back into English as "old trombone that verbiage"!

Andrea is the man playing bass to the left in this photo from the Van Cleef Continental MySpace page.
Posted by Poetry Scores at 8:30 PM 1 comment:

A year and a day for Jeff Smith 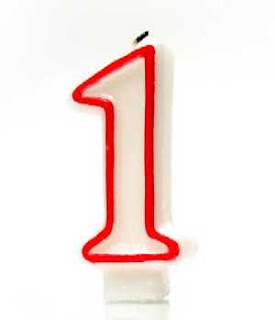 By Chris King
Of The St. Louis American

On Tuesday morning Judge Carol E. Jackson sentenced Smith to 12 months and one day in prison and a fine of $50,000, whereas sentencing guidelines for his crimes called for 15 to 21 months of incarceration.

In August Smith pled guilty to two counts of conspiracy to obstruct justice. Jackson sentenced him to 12 months and one day in prison (and two years of supervised release) for each charge, but the sentences will run concurrently.

“These are very serious offenses – ongoing efforts to thwart ongoing investigations by the FEC and FBI,” Jackson said to Smith during the sentencing hearing Tuesday morning in federal district court.

“Serious, in that these were the legitimate efforts on the part of two government bodies to perform the duties they are supposed to perform: investigating allegations of misconduct.”

Smith and his codefendants conspired to obstruct justice in 2004 when the Federal Election Commission investigated a minor act of campaign fraud committed in the course of Smith’s 2004 congressional campaign against Russ Carnahan in the Democratic primary.

This year they conspired to obstruct justice when the FBI investigated the earlier conspiracy, which was uncovered through recordings made covertly by a campaign operative, who remains imprisoned on other charges.

The 2009 conspiracy against the FBI was recorded by a cooperating witness, codefendant Steve Brown, a state representative at the time, who avoided a prison sentence for his cooperation. He and Nick Adams, the young treasurer of Smith’s 2004 campaign, were sentenced by Jackson to two years of probation and fines of $40,00 and $5,000, respectively.

Transcriptions of those wire tapes, which prosecutor Hal Goldsmith read aloud in the sentencing hearing, reveal Smith scheming to lie and conceal evidence of their crimes and even attempt to pin them on a co-conspirator from the 2004 campaign who had since killed himself.

The Jeff Smith revealed on these tapes stood in stark contrast to the selfless public servant described in the many letters of support submitted by the defendant. “Reading these letters, then reading these transcripts, leads me to wonder: Who is the real Jeff Smith?” Jackson said.

Clearly, the testimony in the letters impacted the judge – and she said she had taken them into consideration.

“There is no doubt in my mind that you have contributed significantly to the community and social causes. Moreover, your contributions were motivated by a genuine desire to help people and better lives, not motivated by personal, professional or political gain,” Jackson said to Smith.

“Your service was significant, perhaps even extraordinary, compared to what others have done. A lot of politicians have showed up at events to have their picture taken, we all know that. You showed up because you wanted to be there and you wanted to participate. You touched a lot of people’s lives.”

Ultimately, though, Smith’s obstruction of justice – continued for five years through two separate conspiracies against two separate federal investigations – weighed too heavily against him to keep him out of prison, as his attorney had requested.

“What’s most troubling is you had many, many opportunities between 2004 and 2009 to come clean, and you didn’t do that,” Jackson said.

“You and your codefendants continued to think of ways to conceal what you did. One lie led to another, and they built on each other. That is very troubling. Our justice system doesn’t work very well when people interfere with it.”

The need for deterrence, the judge said, demanded prison time.

“Deterrence is an important factor, not only for yourself but for others in your position. It is important that your sentence reflect promotion of respect for the law, which you and your defendants showed very little respect for in your conduct,” Jackson said.

The film Frank Popper made about Smith’s 2004 campaign includes footage of Smith’s mother saying she wished her son wouldn’t pursue electoral politics because of the dirty things people do to win. Those haunting words may now be joined in Smith’s memory by something incisive Judge Jackson said when weighing Smith’s crimes against his record of community service.

Jackson said, “I have to wonder, because you seem so sincere and have such a stellar record, do people tend to believe you, even when you are lying to them?”
Posted by Poetry Scores at 10:05 PM No comments:

The Nightingale's Song at Powell in a rainy season 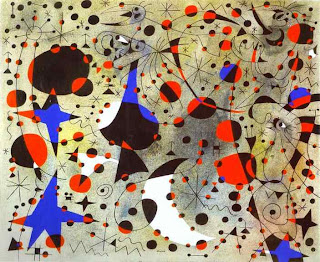 Possibly it has always been true, but most of us these days are not taught the things we really need to know and are left to ourselves to learn them for ourselves.

I feel fortunate, first, to have survived into adulthood, and then to have emerged with abundant curiosity and gumption to venture into the places where it might have been said by others that I didn't belong.

One such place is Powell Hall. When I was younger and had far less money but much more freedom in time, I bought season tickets in the nosebleeds, and sat up there rapt with wonder, learning how symphonies move and even the names of instruments in the orchestra.

I knew so little; had so much to learn. Now I only know the proverbial more that alerted me to the vaster more I have yet to learn.

Friday night at Powell, not in the nosebleeds, I learned more about how a symphonic poem, as opposed to a symphony proper, moves. The program opened with Stravinsky's Song of the Nightingale, a symphonic poem that follows the rhythm of a story, rather than historic expectations as to the structured movements of composed music.

It occured to me that this kind of music is not about movement at all, but rather space. I had a strikingly visual experience of the music, as David Robertson brought alive different sections of The St. Louis Symphony Orchestra, and even individual players, with waves of his wand and magic little puffs from his fingers.

Song of the Nightingale is a tentative, atomised, delicate piece of music, a dreamscape, and the way David led the band through its changes was a revelation to me.

I dream when awake with intensity, and resist being shook from my dreams, so I remained absorbed in the Stravinsky and my new sense of space in music throughout the next piece of music, which was the anchor of the program.

This was Tan Dun's Water Concerto, featuring Colin Currie guesting on lead percussion. There is an undeniable wow factor to this piece, because it introduces big glass bowls of water into the orchestra as musical instruments.

Traditional African music is one of those other things I wasn't supposed to find, but found, and have dreamed into with intensity; and I have in my possession numerous recordings of African villagers making music by splashing in water. I am down with this sort of thing and adored seeing it melded into symphonic repertoire.

Even more to my liking was the play with overtones. Currie and two house percussionists also bowed and struck some odd instruments I have never seen before, creating eeries overtones. The same effect was made by bowing a gong and dipping the gong into the water. The score called for violins and other instruments with high registers to echo these overtones and embellish them. This made for brilliantly colorful splashes of sound that hearkened back, tonally, to the Stravinsky.

But I thought the performance Friday night had some problems. The orchestra didn't seem to be hearing Currie very well. The rhymic interaction between his playing and the band as a whole seemed, often, to be off. This would be understandable when the instrument was something as evanescent as water, but I found the disconnect more dismaying when he was rapping out louder beats on more solid instruments.

If I'm right about this - and the disconnection could be integral to the score; I don't know - then I expect David Robertson will fix this before they take this show on the road to Carnegie Hall.

That's the other thing I have learned about music from this orchestra - in this case, at rehearsals, rather than concerts. If the conductor looks superfluous on the bandstand at the concert - most of the time, most of the musicians don't even look at him - that's because he really earns his keep at rehearsal.

That's when he stops the band, stamps out the proper rhythm, sings the accurate pitch, redirects the players to the starting place in the score, and has them hit it again. David Robertson takes musicians through this process with a joy and generosity that must make him a very pleasant man to work with and for.

Noted with shame: I spent the seven days previous to this concert in virtual quarantine with an H1N1-addled child and desperately was needing some social life. My friend Bradley Bowers was hosting an open house to share some of his art work before it gets shipped off to a gallery elsewhere, and a number of other friends were expected to attend. So I skipped out of the second half of this program. It pains me to have missed the Bright Sheng and the Bartok, but a man also must be a friend.
Posted by Poetry Scores at 8:20 AM No comments: