Alderman explains why he videotaped his constituent on street in underwear 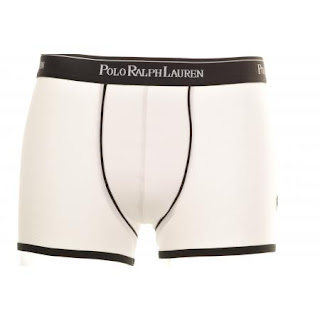 Yesterday I posted the police report about Alderman Jeffrey Boyd (St. Louis Mayor Francis G. Slay's favorite black alderman) videotaping a constituent who was standing in the street in the middle of the night wearing nothing but his underwear.

This is the statement Boyd sent in response. Andre Williams, the other person described by police as a "bystander" videotaping this humiliating incident, also is an elected official. He is the 22nd Ward committeeman.

Alderman Jeffrey Boyd's story:
On the night of April 16, 2010, I was parked in front of 5891 Martin Luther King Dr at approximately11:35 pm with my friend Andre Williams. This location is 5 doors from my office and next door to Mr. Williams’s restaurant. A few minutes later we observed an individual in underwear and socks in the middle of the intersection, when seconds later a police car arrived.

We observed the officers attempting to communicate with the half clothed gentlemen when I decided to videotape the interactions of the police officers and the gentleman. I was curious as to how they would handle this situation.

While standing on the sidewalk, an officer requested that I turn off my video phone. I complied; however rethought his request and decided that maybe I should be videotaping the incident. I attempted to videotape again when the officer demanded that I put the phone back into my pocket. Again I complied; however I asked the officer if I was doing anything illegal. He stated that I was interfering because he was standing next to me and not involved in the incident.

This was puzzling. I continued to ask the question in what way was I interfering when another officer tackled me from behind and handcuffed me. I told him that I was the Alderman. The officer escorted me to the back seat of the police car where I sat for approximately 30 minutes. He was heard verbally saying “this is your F’ing alderman. This is what is representing you”.

I was never told why I was being handcuffed or read any Miranda Rights. I feel that any citizen has the right to video tape any incident that involves the police. The police have no authority to violate the rights of citizens.

I am trying to make sense of this incident for tomorrow's St. Louis American. I do know one thing. If (God forbid) I ever lose my senses, and I am found nearly naked in the street by an elected official, I hope he does more to help me than to videotape my shame out of "curiosity".

And if the police trying to help me tell this elected official to get out of the way, I would hope he would get out of the way and not attempt to flex his aldermanic muscles.
Posted by Poetry Scores at 2:46 PM 3 comments:

The alderman, the cops, and the dude on the street in his underwear 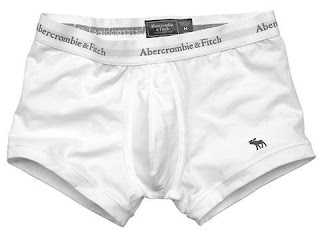 Incident: Interfering with a Police Officer

Police received a call for a “suspicious person” in the area of Dr. Martin Luther King Drive and Hamilton, described as a Black male who had taken off his clothes in the street. Officers arrived and observed the male standing in the middle of the street in only his underwear. The man, later determined to be 32 years old, was agitated and appeared to be in an altered state. He was pacing back and forth. The man would not answer any of the officers’ questions but officers were eventually able to convince the man to get out of the street and walk to the sidewalk.

While waiting for assistance from EMS to transport the man to a hospital, the officers on the scene saw two male bystanders in front of 5891 Dr. Martin Luther King who had their cell phones out and appeared to be videotaping the incident. The two men began to ask the 32 year old questions and comment on his behavior. The 32 year old had calmed down a bit from his earlier agitated state but officers feared he could again become irrational if the two bystanders continued to talk to him and videotape him while he wore only his underwear.

The officers asked the two men with the cell phones to step back. One of the men immediately complied. The second male, identified as [22nd Ward Alderman] Jeffrey Boyd, refused, stating he had the right to record video. Officers agreed he had the right but asked that he stop not only because the male was in his underwear, but also because of the man’s mental condition and the likelihood that it could agitate him, therefore posing a danger. Again they asked Mr. Boyd to step back and again Mr. Boyd refused. Concerned that they would be unable to diffuse the situation with Mr. Boyd while also keeping the 32 year old male from hurting himself or someone else, officers requested backup.

When an additional officer arrived, he noticed that the 32 year old appeared to be mentally unstable. An unidentified female approached, stating she did not know the male but that she had retrieved his clothing. The male began to put on his clothes while one of the officers talked to him in an attempt to keep him calm. As the officer talked to the man, the officer heard Mr. Boyd raising his voice as he spoke to other officers, telling them he was not going to move back. Mr. Boyd was asked a final time to move back but he again refused. Mr. Boyd was then told that he was being placed under arrest for “Interfering with a Police Officer” and was asked to put his hands behind his back. Initially he refused, telling the officers that they knew who he was. An officer then forcibly placed Mr. Boyd’s hands behind his back and handcuffed him. Mr. Boyd was issued a summons at the scene for “Interfering with a Police Officer” and released.

When EMS arrived, the 32 year old male had to be physically placed on the stretcher. For his own safety due to his irrational behavior and the potential to harm himself and/or others, he was handcuffed to the stretcher. He was not charged with any offense but was taken to a hospital for evaluation.
Posted by Poetry Scores at 11:08 PM No comments: 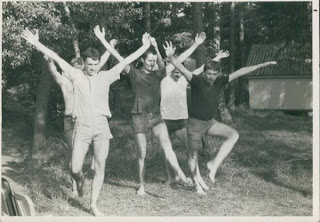 In my basement, which sometimes I curate as a museum, is a small Polish table flag. It was given to me on Red Mountain in Washingston state by a Polish ambassador to the U.S. We were drowning in Washington wine at the time. The wine made us happy, and happier.

The Polish ambassador, middle-aged and white-headed, but also tall and rugged, had with him a much younger wife. We were put together because she knew music people and I had been carrying on outside on the winery patio about Polish music.

As the Polish amabasador's wife settled in beside me, having made a dinner choice, in the winery's grand dining room, she asked me to tell her about the Polish music that I knew. I started talking about my Polish pen pal Krzysztof and his fantastic bands over the years, and next thing I know the amabasador's wife falls off her chair onto the winery floor.

Turns out Krzysztof's current band Buraky (Polish for "beets") was something of a well kept secret among people who knew the truly creative folk music of Poland. Their sense of tradition is more wild, and associated with more wild and mountainous places, than what mostly passes for Polish folk music - even in Poland, but especially here, where one finds mostly paint-by-numbers polka bands.

"I can't believe I come to a place like this and meet an American and he is talking to me about Buraky," the Polish ambassador's wife kept saying, over and over, though the wine, the hubbub of the official dinner, and the language problems kept us from getting much further than that shocking recognition over Buraky.

Jackson Browne once sang, "These days I seem to think a lot about the things that I forgot to do." "For you," Gregg Allman added, when he sang that song.

Today I seem to think a lot about the things that I forgot to do for Polish music, and poetry. News of a plane full of Polish politicians going down behind enemy lines in Russia will do that to you. Especially if you once swung on Red Mountain with a rugged Polish ambassador and his young, smart, hip, drunk wife.

Here is one thing I forgot to do. I forgot to honcho an archival reissue of Krzysztof's college band, Krakersy (it means "crackers" in Polish). Krakersy formed around the Technical University in Wroclaw in 1979. I have in my possession most of their recordings, which are really wonderful.

I have long imagined producing a release called Krakersy: Polish pop, blues, rock, goof and cabaret from behind the Iron Curtain. I need  to go back to that project. After all, we never know how long we have. Do we?

Krzysztof Opalski notes: this song describes "dreams of the soldier, who is standing on the guard but thinking about a girl, not the military duties".

Krzysztof Opalski notes: "Bean soup with sausage is typical military soup. The idea of this song was to write the hymn for bean soup."

Krzysztof Opalski notes: "The number 44 is from Adam Mickiewicz. He lived in XIX century and is so imporant here, like Lord Byron in England. 44 is a magic number, but 43 is missing something."

Bootblogging #1: Three by The Lettuce Heads

Photo is of Krakersy, back in the day.
Posted by Poetry Scores at 8:38 PM 2 comments: