Journey through journalism & terror with Jihad 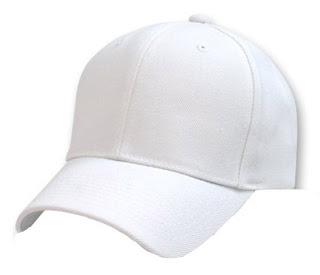 I walked out of the office on Monday afternoon to blow a hole in my stomach with a bag of jalapeno potato chips, and when I got back to work the television set was on and everyone was watching a public emergency. Bombs had been set off at the finish line to the Boston Marathon.

I work in journalism -- local community journalism in St. Louis -- so this was not my problem, professionally speaking, and I have a lot of problems to solve every week as managing editor of a high-performing newspaper owned by a high-expectation publisher. So I went back to work and tried hard not too think too hard about what was happening in Boston.

I was sick that this happened in Boston. I left home in Granite City, Illinois in 1984 at age 18 for U.S. Navy bootcamp in Fort Devens, Massachusetts, and after bootcamp I reported to the NROTC Unit at Boston University. Boston was my first town that was not my hometown, the first town that felt completely mine. I still love it fiercely and mentally compare it to every place I visit. I tend to talk more about other places, the way we'll talk more about our interesting friends than we do about the siblings we come to take for granted, but that is my city that got bombed.

With our small staff charging through the usual assortment of challenges, we put out another newspaper on Thursday. It was full, as usual, of positive local community news -- personally my favorite kind of journalism, though I have reported for a major metro daily (The New York Times) and reviewed books for a gloomy radical weekly (The Nation). I have come to the conclusion that bad news will find people, or they will go looking for it fearfully, but what people need served to them is good positive news.

I tried hard not to think too hard about what was going on in Boston. The bad news always finds me without any effort on my part. But Boston is my city, so in fact I kept poring over national news sources when I wasn't working on the next week's paper, or mentoring a journalist who came to St. Louis for a few days to study how I manage a weekly newspaper, or going to my band rehearsal, or taking care of family errands.

I got up in the middle of the night on Thursday, which is to say very early Friday morning. There was no good reason for me to be awake. I usually sleep soundly through to the morning (unless I have eaten a bag of jalapeno potato chips, but that was Monday). I drifted to my laptop in the dark and looked for bad news in Boston. I quickly saw the shit had hit the fan in Watertown.

The journalist's instinct of finding the most direct source kicked in, so soon I was following a Reddit post where someone was reporting on the local police scanner and on a number of Twitter users who happened to live in the neighborhood where the shit was hitting the fan. From Reddit I found links to the Boston police scanner and Twitter reporters, and very quickly I left behind the traditional bad news media. The professional reporters seemed to be waiting for official announcements at Arsenal Mall, whereas I was getting raw reports from the front.

Alongside those raw reports, I was also getting bug-eyed speculation. None of the bug-eyed speculation was any more far-fetched than the official report that would emerge later in the early morning. In my sleep deprivation I came to believe one preposterous theory about the identity of the younger bomber. And while my experience as a journalist (who has made every possible mistake as a reporter) kept me from posting my new received opinion publicly, I did wake up my spouse and told her the news I thought she would be hearing in the morning.

When I woke back up, I was reminded why people follow the bad news. It's so full of surprises. The culprits were not the kid the Reddit crowd had focused on but a 19 year-old-wrestler from Cambridge and his 20-something big brother, a Golden Gloves boxer, both from Chechnya by way of Kyrgyzstan. None of us saw that one coming. The nerds on Reddit weren't going there. Most of the cops talking logistics on the Boston scanner probably couldn't find Chechnya or Kyrgyzstan on a map.

The other shocker was that the younger bomber -- known on Reddit the night before as "White Hat," after the color of the ballcap he was wearing backwards when he bombed Boston -- had escaped. When I went to sleep, according to the raw reports from the front, it seemed like a whole lot of armed and armored cops had the kid cornered with his bigger and older accomplice dead. How the hell did he get away?

Though I certainly was not rooting for this kid, far from it, I had to admire his pluck and luck in the dark of the night. He was a cold-blooded killer and a coward of a covert bomber, but he also outran a mob of the much better armed and longer arm of the law. America has traditions of respect for the outlaw and the vigilante. However little he deserved our respect, White Hat seemed to have escaped into those traditions.

I was thinking about these things as I picked up the young journalist who came to St. Louis to study my moves. His name happens to be Jihad Hassan Muhammad. I know, it comes across as a bit much in this age of terror with the evil Other being a Moslem jihadist, but that's the man's chosen name. Jihad is a very devout convert to Islam, and he holds very dear to his heart the devout Muslim principal of jihad, of spiritual struggle with the forces of darkness within us, and the Prophet Muhammad was the Messenger of the faith that saved his soul.

That day, Friday, I made sure Jihad learned from other people at our paper with more to teach him, our publisher Donald M. Suggs and web editor Kenya Vaughn. After all, I had only been teaching him Suggs' model of community journalism, and as a good journalist he needed to hear from the direct source in Suggs himself. And while I manage the challenging operations of a still-thriving print platform, Kenya deals with what people are really reading in the increasingly online real world.

I still had lots of copy to chop and photos to track down if we were to keep moving toward our next deadline, but I kept an eye on Boston. The bad news reports were starting to sound like a not very believable movie. Boston was basically under martial law so that authorities could find one 19-year-old-kid who had escaped on foot. I'm not sure I could have suggested a better idea, given the stakes, but still I was ashamed for our country. Our freedom seemed so fragile. A teenager with a crockpot bomb can paralyze an entire city and put it under temporary martial law.

I bid goodbye to Jihad, whose fiancee was coming to visit, then went to the Missouri History Museum to participate in a fiction reading. When I arrived at the museum, I told one of the other readers, my friend Virvus Jones, that I had not been able to promote our event all week. It just didn't seem important enough, with everything else that was going on. He agreed. He said it had been hard to tear himself away from news coverage to come do the reading.

"Now they got him trapped in his boat," Virvus said.

This was the first I had heard about the teenage terrorist crawling into someone's drydocked boat in the back yard and being discovered there. Virvus had seen the bad news more recently than I had. I more or less raced through our reading without paying much attention to any of it, and then rushed home to read up on the bad news. That's when I learned about the authorities admitting defeat and lifting martial law with a public pronouncement, which freed some yacht club guy in Watertown to step outside for a cigarette. Then he saw the tarp ripped on his pleasure craft, peeked inside and saw the bloody kid hiding there.

This struck me as another gruesome American irony, like the bad man being a kid in a white hat and an entire city going under martial law because of one teenager who escaped on foot. The Boston bombers, if they have identified the right people, are immigrants, and for most of our history immigrants came here on boats. Of course, all of this nightmare was going down in the cradle of the American Revolution, in the old New England founded by settlers who came by sea on ships. And now this little immigrant crock pot bomber was coming to the end of his journey in a boat in a backyard in Watertown.

The American Dream has turned into a really crummy nightmare -- a nightmare in which I wake from sleep in the middle of the night and sit up all morning listening to a police scanner in Boston, when I am supposed to be gathering and distributing good news in St. Louis.