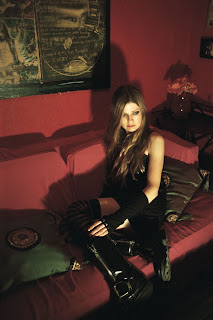 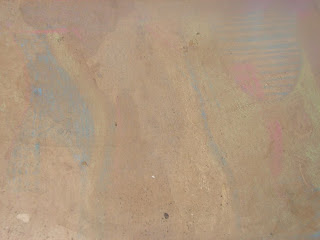 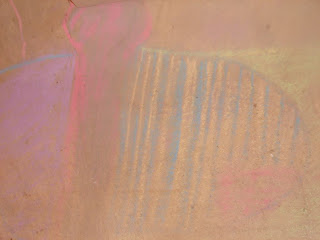 We have here Chloe Day, one of her original works of art, and a detail of that work. The work in question is chalk on concrete on the floor of my basement, otherwise known as The Skuntry Museum, executed about this time last year (or was it the year before?) during one of Chloe's annual swings back home from Los Angeles, where she lives now.

I could carry on at great length about Chloe's music, but she works with my dear friend Meghan Gohil of Hollywood Recording Studio and together they have one of the more professional operations I have ever seen, which means there are readily available documents of what she does.

Chloe, I don't think I'll make it out tomorrow night (Saturdays belong to my five-year-old), and I'm sorry you won't make it out here to freshen up your chalk work, which is fading, as you can see, but not altogether past-tense faded. Next Christmas, let's do a guitar circle while you're in town, okay?
Posted by Poetry Scores at 8:17 PM