Noises that were a part of the silence 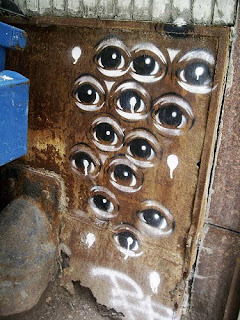 Jim Bouton's memoir Ball Four (1970) busted open the stanky guts of professional baseball for the first time in the modern era. Most people who read it for the first time, even after all the steroids revelations and the 24-hour news cycle have innoculated us to "too much information" of all kinds about ballplayers, are still blown away by the book's candor.

Most readers of Ball Four are struck, especially, by how many ballplayers (at least in 1969, the season covered in the book) ate uppers and "shot beaver" (that is, played peeping toms on female fans in the bleachers). I was certainly struck by all that, too, but I was actually crushed by an innocuous line that many readers probably overlook. I think I can still quote it from memory: "There is not quite enough in the game of baseball to occupy a grown man's mind."
Bouton uses this observation to kick off a routine about all of the other things ballplayers do to pass their time while in uniform, other than actually play the game of baseball or even concentrate on the game that is being played. Again, this shouldn't come as a surprise, in a world where dozens of cameras (professional and amateur) are trained on ballplayers for almost all of their professional lives and quite a bit of what passes as their private lives (like the ever-silly business of being put on camera while you are half-naked and getting dressed at the end of a game).
But, still, it somehow saddens me. "There is not quite enough in the game of baseball to occupy a grown man's mind."
I come from the school of baseball as poetry, of baseball as chess, where the smallest movements of the game and the people who play it have beauty and meaning. That's why I like at least the premise of Buzz Bissinger's book about Tony La Russa, Three Nights in August, though I'll have to admit I'd rather spend every moment of three nights of baseball inside the head of anyone in the game - Mo Vaughn, Bobby Bonilla, my God, even Mark McGwire - other than Tony La Russa. I start to suffocate just thinking about it.
But I'd like to believe it all means something. That is all contributes to the great poem, the great chess tournament, that is the game of baseball. Bouton showed us, once and for all, that's just another lie of poetry, another fanboy delusion. In fact, rather a lot of the game of baseball, as it is actually lived and played, consists of grown men looking for something else to concentrate on, because baseball itself just can't occupy as much of their minds as the time they are required to devote to the game demands of them.
My compensation for this saddening truth is that I let myself read during baseball games, even at the ballpark. Yesterday at Busch Stadium, I made some headway on Unforgiving Years, the new novel (in translation) by the dead Russian/Belgian/French revolutionary Victor Serge. I snuck in some pleasure reading between innings and pitches. If there is not quite enough in the game of baseball to occupy a grown man's mind, the game of baseball and the life of a revolutionary on the run aught to do the trick.
I really like this bit - the exhausted, nerve-wracked, hunted and haunted revolutionary on the run trying to drop off into sleep in the hotel where he is hiding out:
"The hotel was drowsing off. The whine of the elevator grew fainter, a door closed, the plumbing boomed and gurgled, noises that were a part of the silence, a reminder of the many disparate lives winding down their daily cycle. The once certain communion among men is found in exhaustion, in sleep. In the pathos of sleep all faces look alike, resembling the faces of the dead. Under every forehead, dreams play out nearly identical primordial desires in shifting arabesques, but there is no reconciliation there."
There is probably something of the sore, exhausted, amphetamine-bedraggled ballplayer on the road staring at the ceiling in this passage as well.
*
Image poached from Thom Fletcher's Monstromo site. When in need of nonspecific imagery, shop at Monstromo!
Posted by Poetry Scores at 7:09 AM